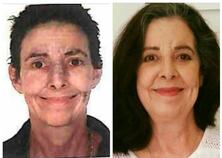 SYNOPSIS:
​
​Elizabeth's life is penned very simply in this inspiring memoir about her incredible battle, to find a way to live.

Born the year her parents immigrated from Europe, in a large catholic family. At the age of fourteen, a thirty six year old pedophile sexually assaulted her. She experienced poverty, neglect, rejection and abandonment before the age of eighteen. She had no sense of self and felt invisible most of the time. Her father passed away after battling cancer for eleven years, when she was nineteen years old. It was then that her world took a bad turn, when she fell in love with a drug addict/dealer.

Twenty four years later, after using heroin everyday while trying to raise her five children, circumstances forced her to leave him. Elizabeth and her three year old daughter had only one bag of clothes and a stroller. They were homeless for three months and she attempted suicide.

Without a car, phone, money or friends and in very poor health she was lost and broken and needed help but was too stubborn to reach out, believing her life to be worthless and of no value. She did not attend any detox, meetings, rehabs, counselors or doctors but with only sheer determination and persistence, overcame her dependency on drugs.
​
Elizabeth began her harrowing journey towards the light of truth and found freedom in Christ alone. She remains clean to this day and is a very private person. She wrote her story only to help people who suffer like she did and need help to find a way to live without drugs.
​

*This book does not glorify drug use.
Click to set custom HTML
[google0613dedcf61d502c.html]